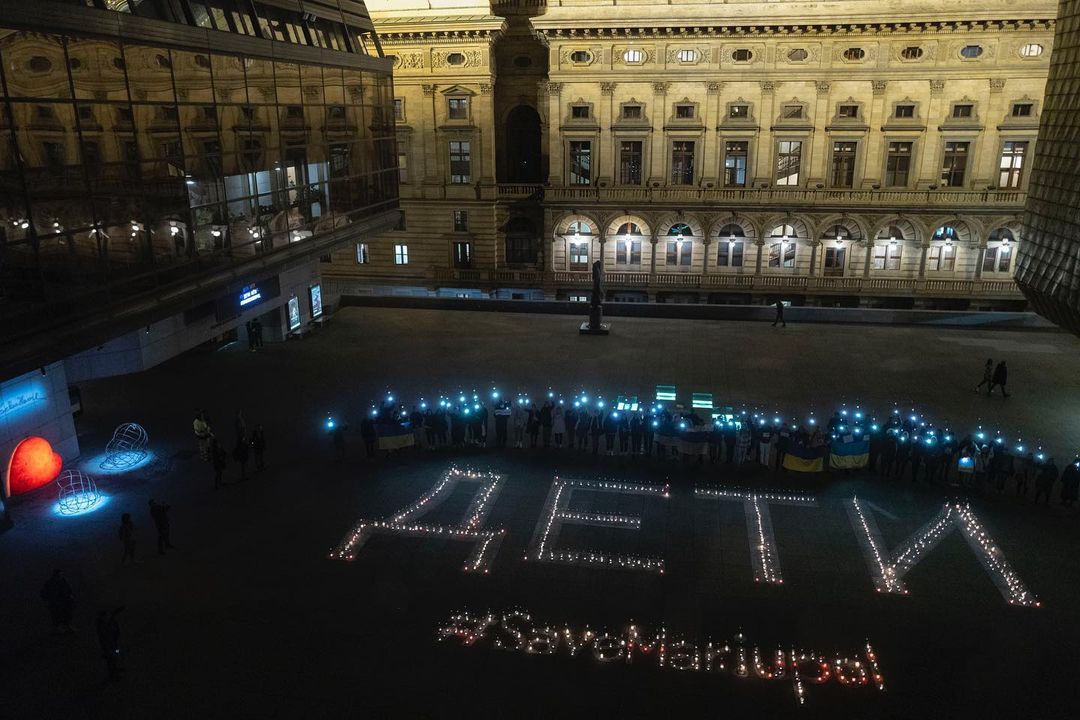 Save Mariupol
The Ukrainian city of Mariupol has been on the forefront of the war waged by Russia in Ukraine from the first days. Tens of thousands of civilians were already killed by the Russian army in Mariupol. As in Bucha, there is information about countless terrible war crimes committed in Mariupol by the Russian soldiers. Russian forces have deported thousands of people from Mariupol to Russia; among those are hundreds of children separated from their parents. Russian forces have already sent many inhabitants of Mariupol to “filtration camps”. More than 90% of all the buildings in the city were damaged or fully destroyed by the Russian attacks.
The people of Mariupol desperately need rescuing, so we will gather to remind the world about the anguish of Mariupol and their cry for help. Ukraine needs both military aid to liberate Mariupol and help with evacuation of its inhabitants.
We will gather in solidarity with the people of Mariupol as a part of the global initiative #SaveMariupol, which takes place near the theaters all around the world. It reminds about the tragedy that happened in March, when Russian aviation ruthlessly bombed the theater in Mariupol, despite the word “Children” written on the ground next to it. Many civilians and children were hiding in that theater, many died as a result of this deliberate airstrike.
We will light candles in commemoration of all innocent victims in Mariupol.